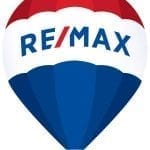 Raiders New Football Stadium Las Vegas. Check out the team’s stadium renderings for its massive $2 billion arena. National Football League owners agreed last week to let the Raiders move from Oakland to Las Vegas. The approval ends a courtship that lasted more than a year, but it also starts a clock on the Raiders […]

We use cookies to ensure that we give you the best experience on our website. If you continue to use this site we will assume that you are happy with it.Ok